An element is a pure substance made up of only one type of atom.  These atoms can be individual and separate, like in Noble Gases such as helium. They may be joined to one another by chemical bonds, forming identical small groups of atoms called molecules. For example, the element chlorine consists of pairs of chlorine atoms chemically bonded together, so its chemical formula is Cl2.

The periodic table collects and organises all the known types of atom from which the elements are formed.

A compound is a pure chemical substance, but it is made from more than one type of atom, chemically bonded together. All pure substances are either elements or compounds. It is not possible to separate the atoms in a compound without breaking chemical bonds.

Air is a mixture of gases. It contains elements such as argon and oxygen, and compounds such as carbon dioxide.  Molecules of oxygen are made from pairs of oxygen atoms chemically bonded together. Argon is made of individual argon atoms not joined to anything else.  Molecules of carbon dioxide are formed from one carbon atom and two oxygen atoms chemically bonded together.  Air can be separated into the component gases in the mixture by cooling it until it liquifies, the slowly raising the temperature of the liquid air.  When the temperature reaches the boiling point of any substance in the mixture, it will boil and can be collected as a pure gas, leaving the other components still in the liquid state. 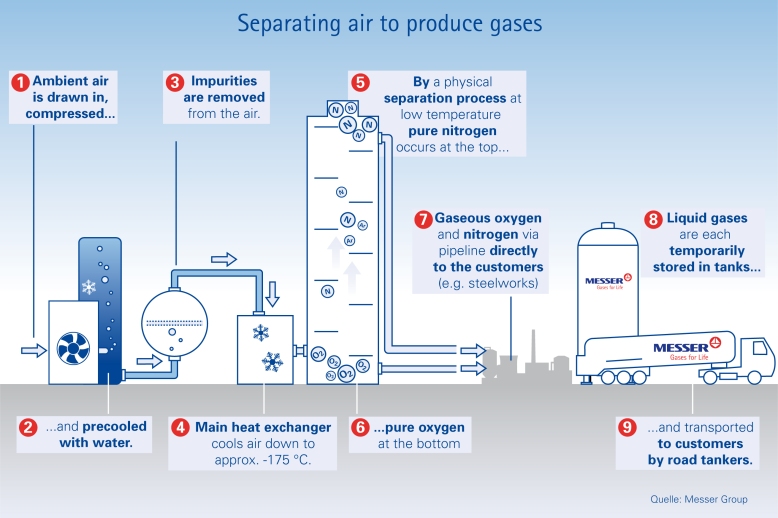